Here you will find a new series of commercial Nebula libraries featuring High quality studio equipment which has been used in the production of many top selling artists. The first releases in this series is a set of reverbs from a famous hardware box that cost over $12,000. This particular unit (not just brand or model, but this exact reverb), has been used in the production/mixing of albums from Aretha Franklin, Stanley Jordan, Joe, Freddie Jackson, Surface, Luther Vandross, Babyface, George Benson and many others. These albums include platinum sellers, Number One Billboard rankings, an iTunes R&B Album Of The Year, and Grammy Nominations. Their combined sales reach into the tens of millions. Many of the actual patches used on these albums are stored in presets on my unit and some of them will be included in these collections. This model, which I call sys6 is loved by producers and mixers for the variety of great sounds it can produce, and even more so for the sense of depth and 3-dimensionally that it imparts.

We have spent a great deal of time experimenting and refining the Nebula sampling process to achieve results that are very close to the original unit. In this first series, we will be selling groups of samples that cover a wide range of styles from the hardware.

The first set includes twelve samples. Two variations of Studio, Church, Cathedral, Warmhall and Arena, pus one sample of Vocal-Hall. Each group has one sample that is very close to the original default setting and one that has been modified to be more useful in a wide range of applications.
The majority are mid-length, but two are very short. This style of short reverb can add a lot of dimension without the typical reverb sound.

Each purchase also comes with a "mystery" sample from a separate reverb which is also quite coveted, bringing the total to 12 samples in the package.

During our experiments we tried both digital connections and analog connections using a variety of interfaces. After much deliberation we decided that the analog version sounds the best. We used Mytek converters at 44.1. We also utilized high end cables and connectors.

You can purchase the 44.1 set for $24.99, later we will offer a set at 96K for the same price or both sets for 39.99. You will be able to get the second set for the difference. (Please note that 96K in on extended hold, waiting for the new version of Acustica-Audio's sampling software.)

We will be releasing additional sets, further expanding this series in the future. We will also be releasing samples of other kinds of hardware.

The audio files below include several short clips repeated twice. First using the original hardware and again using our samples in Nebula3 Pro. The last audio file (the second acoustic guitar sample), uses the "Mystery" reverb sample. We "stopped" the first acoustic guitar and Flugelhorn examples intentionally to better hear the reverb tails. The soundcloud example file was created in Pro Tools 10 HD using presets from the 44.1K library. Nebula was running in Vienna Ensemble Pro. The hardware reverb was used as a live send-and-return using the same Mytek converters that were used in the sampling process. Notes on the content of the audio files can be found below.

Our libraries are not copy protected, however we do embed unique codes for each user into the files. This does not effect the audio, but it gives us some level of protection. This process is not currently fully automated, so you should expect  delays of up to 24 hours between your order and fulfillment. (We will try for much shorter times).
Please read our Terms Of Use before you purchase. Like most software, these are non-refundable, and are intended for one user only.
You should own Nebula 3 Pro or Nebula3 Server to use these files.
Nebula can create a major drain on the CPU of your computer. These reverb programs are large and demanding. You should test other reverb libraries at your intended sample rate prior to purchasing ours. Expect a little more of a hit from ours.

Most of my personal presets are not set to 100% centered. As part of my normal work, I like to use multiple reverbs. Some set slightly left and some set slightly right balanced. Many presets from the original box also favor one side or the other slightly. This can easily be adjusted using return channel pan / balance to be dead center if you like. You are getting my setups when you purchase libraries from me. You will also find that these patches come back with additional gain (about 6db) for most patches when you are using "standard" send an return levels. The additional gain helps us achieve the same dynamic range (within 2db) as the hardware. This should only be a problem if you use Nebula as a channel insert and are running your levels close to clipping without Nebula. In that case you should trim back the input to Nebula.
We strongly recommend you use a dedicated Aux return channel when using Nebula as a reverb unit, particularly with our set. If your normal work methods us a lot of reverbs as channel inserts, you may find libraries from other developers are a better option for your preferred work methods.


Notes on the Soundcloud examples:
The first file is a vocal from seven time Grammy nominee Joe from his Signature Album, which was number 1 on Billboard and voted the R&B/Soul Album Of The Year by iTunes.
The second file is acoustic guitar from the same album.
The third file is Flugelhorn from Joe's album, Home is the Essence Of Christmas. Played by veteran horn player Richard Boulger.
The final acoustic guitar track was played by Multi-Platinum Producer/Songwriter Joshua Paul Thompson, who also played the first guitar sample.. It is a sketch from a future solo album from Joshua. The Guitar was built by Tony DiDomenico. A World Class guitar maker who builds custom guitars for many top artists including George Benson. Tony's website:  http://didomenicoguitars.com/


***The use of these files is not intended to imply endorsement of these products by the artists in any form. 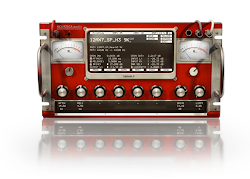